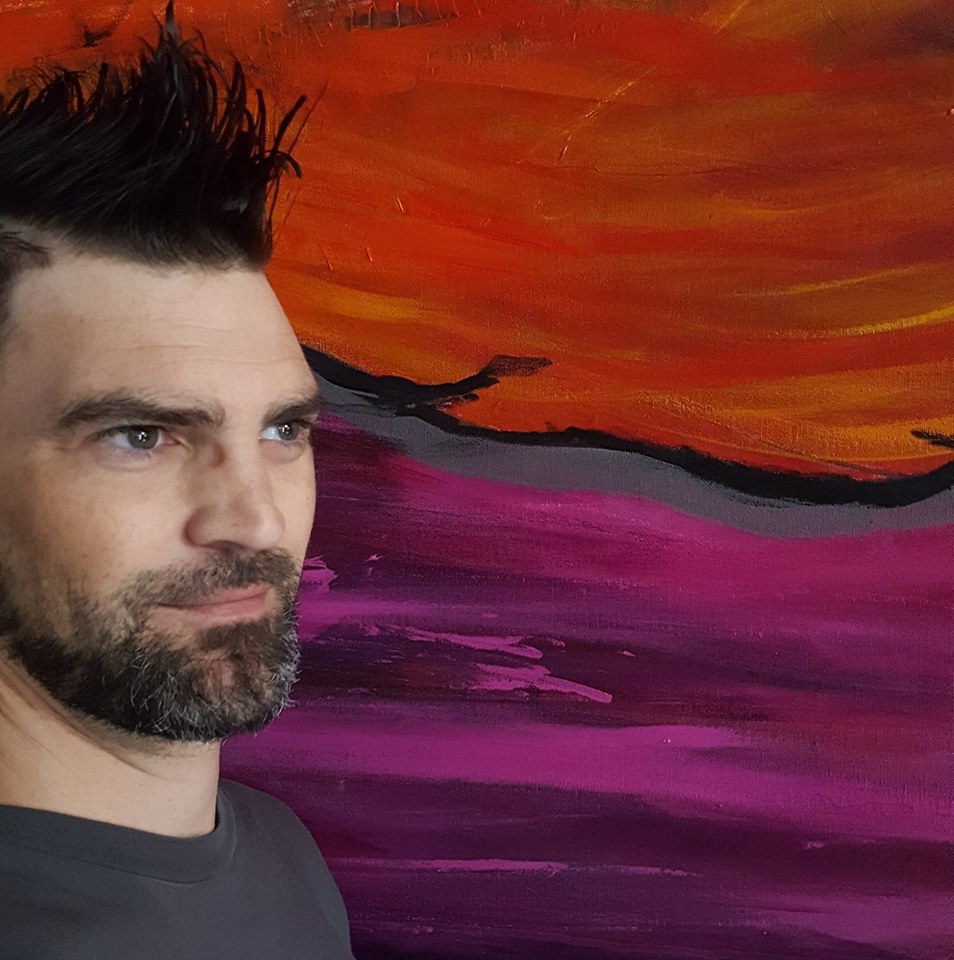 Sometimes a perceived disability can become a source of creative power! Hearing disabled and visually impaired, Steven DeWitt Perrin found a way to express his soul through his art.

“When I began painting, it seemed my most forceful and clear way to communicate. Now it is very much alive in my heart.” The artist creates what he feels and in the style he loves.”

Steven was born in Scottsdale, Arizona, raised in West Palm Beach, Florida, and studied fine art at School of Visual Arts and Savannah College of Art & Design in Georgia. After working in New York for a couple of years, Steven moved back to his birthplace, an artist in his own right, and set up his first tiny art studio/gallery in Carefree in 2002. After a year of success, he decided he had the creative potential to change the art life in the town of Cave Creek – a transformation of the status quo to contemporary Expressionist – and he opened a larger Gallery.

From 2003 to 2012, Steven experienced success in this western town selling his colorful paintings. In this time of odd economics, Steven opened his gallery to support other local artists – all with very different styles and mediums – but all with rich bold color.

Steven became involved in the young artists’ world through teaching after school hours at the various schools in the Cave Creek Unified School District and Paradise Valley School District. Needing more time to continue creating his own art, he began teaching private lessons within his gallery. No matter whom or where he taught, his goal remained the same…to pass along his own “Expressionist” style, allowing any individual the opportunity to create from within. “There are many avenues under the broad category called art; but at its core, to me, art is simply the language of the soul.”

He is a founding “Artist Advisory Partner” for Valley of the Arts, an organization formed for the growth of art in all of Arizona. By invitation, his artwork was exhibited at the VIP Tailgate Superbowl XLII in Phoenix, 2008.   He was the master artist of the Legacy Murals created at Grayhawk Elementary School in Scottsdale for three straight years, working with 75 sixth grade students each year. He has been the art ‘juror’ for the Cave Creek Bella Vista Annual Student Art Show. His Gallery was one of four Cave Creek art galleries to resurrect “Art Night in Cave Creek,” a monthly public event. Today Steven has a following of collectors.

Steven’s canvases are marked by richly layered texture, color, and imagery. Color sets the feeling – the object(s) sets the thought. A proponent for self-expression, his artworks are a reality subordinated by innovation that is never simply an invitation just to ‘see’ but to experience through his uncanny command of color. “When life gives you a 100 reasons to cry, show life that you have 1,000 reasons to smile. Living life colorfully is about celebrating life to its fullest."    Rev. 08/2016